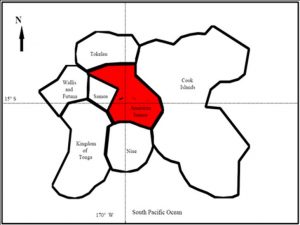 Regional Fishery Management Council today in Honolulu delayed final action on an amendment to modify the American Samoa Large Vessel Prohibited Area (LVPA) until its next meeting to be held June 11 to 14, 2018, on Maui. The amendment would reduce the size of the LVPA to US longline vessels in American Samoa. This fleet has been experiencing economic hardship due to declining catches and increased operating costs. The fleet operates within the US exclusive economic zone (EEZ) around American Samoa, which abuts the EEZs of other countries on all sides and thus is less than 200 nautical miles (nm) from shore. The LVPA currently restricts pelagic fishing vessels larger than 50 feet in length from operating within 50 nm of shore.

Council Member Christinna Lutu-Sanchez, owner of several longline vessels, reminded the Council of its obligation to apply the national standards of the Magnuson-Stevens Fishery Conservation and Management Act, including upholding a fishery’s optimum yield and to remove regulatory barriers to efficient operations. She said that establishing a fishery is difficult and that the longline operators remaining in the fishery are indigenous American Samoans who need help. She reminded the Council that the proposed amendment requires a review after one year to identify and address any unexpected impacts to other fishery sectors.
Council Member Archie Soliai, a StarKist Samoa manager, said the decline in vessels is a decline in fish supply. “No supply means no production,” he added. “No production means no jobs.” He said the albacore supplied by the US-flagged fleet is needed for school and military contracts and some of the StarKist brands. He said it is important that the cannery receives supply from these US flagged vessels and that they have some support and relief.
The Council decided to defer action this meeting in order to consider potential impacts to cultural fishing and to allow the Government of American Samoa to develop an alternative for the Council’s consideration. Council Member Henry Sesepasara, director of the American Samoa Department of Marine and Wildlife Resources, said he has been advised by the American Samoa Government legal counsel to vote no on the Council’s LVPA recommendations. “Although the recommendation has some common ground, they cannot agree to it in entirety,” Sesepasara said. No further details were provided. He said the LVPA is an American Samoa problem. He said letters can be written to the longline and the alia associations for representatives to sit on the Governor’s Fisheries Task Force.
Council Executive Director Kitty M. Simonds said she recognized it was an American Samoa problem but it is a federal fishery. “It is affecting people’s lives,” she added.
The following recommendations were passed by the Council with Sesepasara voting no:
The Council reiterates its previous recommendation that it supports all fishing activities that occur in American Samoa waters and within US exclusive economic zone. The Council recognizes that the longline fishery, which targets albacore for landing at the local cannery, has experienced poor economic conditions for over a decade and dozens of vessels have left the fishery. Remaining longline vessels continue to face declining catch rates and increasing operating costs, and available information indicates that the current LVPA restricts fishing operations and adversely affects efficiency.
The Council also recognizes that alia fishermen who troll for yellowfin, skipjack and wahoo perceive that their fishing would be harmed if LVPA regulations are modified; however, available information while the 2016 LVPA Rule was in effect shows no adverse impacts to the catch rates of pelagic troll vessels, including alias.
The issue of the LVPA has resulted in disagreement within the American Samoa fishing community and is the subject of litigation between the governments of American Samoa and the United States. The Council notes that last year’s court decision requires the consideration and protection of American Samoa cultural fishing. To this end, the Council requested that Pacific Islands Fisheries Science Center (PIFSC) conduct research on American Samoa cultural fishing to facilitate understanding and potential impacts under a changed LVPA. The Council notes that all fishing in American Samoa has cultural importance, whether longline, alia vessels, other small vessels, because catch from these vessels is flowing into the community for cultural purposes.
On July 6, 2017, and Nov. 11, 2017, the Council requested consultation with the Government of American Samoa on preserving and protecting cultural fishing under a new LVPA Rule. Consistent with this request, the Council requests that the American Samoa Government consider all relevant information, including the PIFSC research paper, available data on fishing impacts under the 2016 LVPA Rule, and input from longline and alia fishermen and other stakeholders, and identify an option consistent with the Magnuson Stevens Act that might resolve this disagreement. The Council requests that the American Samoa Government forward its recommendation to the Council by May 30, 2018 or sooner for action at its June 2018 (173rd) meeting.
Among other actions taken by the Council today were the following:

Grounded Vessels: The Council recommended the American Samoa Government look into NOAA’s derelict vessel fund to assist in removing the grounded vessels including the foreign longline vessels in Leone and Pala Lagoon.
Guam Fishery Issues:The Council requested that NMFS provide federal funding for law enforcement to have a separate dock in Guam’s existing boat marinas.
Commonwealth of the Northern Mariana Islands (CNMI) Fishery Issues: The Council will encourage the Mariana Visitor Authority to utilize the Council-produced Fishers Code of Conduct to create a brochure to be issued to visitors upon arrival to ensure proper care of the fishery resources in CNMI.
Mariana Trench Marine National Monument:The Council requested that NMFS and the US Fish and Wildlife Service provide an update on the monument’s management plan and timeline for completion, including public commenting options, at the June Council meeting.
Billfish Conservation Act of 2012: The Council will write to the Secretary of Commerce to communicate the Council’s concerns with the proposed amendments to the Act, which proponents have described as being a “technical amendment” to fix an existing loophole. The legislation would equate Hawaii billfish landings as foreign catch and ban the sale of Hawaii caught billfish in the US mainland, which would serve no conservation purpose. The proposed amendment contradicts Secretary Ross’ initiative to combat the US seafood trade deficit as more than 500,000 pounds of Hawaii caught billfish are marketed in the US mainland annually.
Hawaii Bottomfish Restricted Fishing Areas (BRFAs): The Council reiterated its prior position, based on input from its Scientific and Statistical Committee (SSC), that the State remove all
BRFAs extending into federal waters and strongly recommended the closures in State waters also be removed. The opening of all BRFAs is supported by the recent outcome of the PIFSC benchmark stock assessment, independent peer review of the assessment and ongoing statewide independent bottomfish research that has determined that the stock complex of seven significant deep-water bottomfish is and has been healthy prior to and throughout the period that the BRFAs have been in place. The Council offered support in developing a plan to improve data collection when the BRFAs reopen.
Advisory Bodies: The Council supported structural changes to the Advisory Panel that would reduce the number of members in each island area from 12 to six as well as appointment an overall AP chair and four island area vice-chairs and to initiate these changes in the solicitation process for new Advisory Panel members for the 2019-2022 term. The Council also supported the addition of Tia Brown to the Education Committee; Melanie Hutchinson to the Protected Species Advisory Committee to replace Carl Meyer; Ryan Okano to the Plan Team to fill seats vacated by Jo-Anne Kushima and Alton Miyasaka; and PIFSC Director Mike Seki to the Scientific and Statistical Committee as an ex-officio member.
The Council is mandated by Congress to manage fisheries operating seaward of State/Territory waters of Hawaii, American Samoa, Guam, CNMI and US Pacific Remote Island Areas. Regulatory recommendations by the Council are transmitted to the Secretary of Commerce for final approval.
Western Pacific Regional Fishery Management Council: Secretary of Commerce appointees from nominees selected by American Samoa, CNMI, Guam and Hawai`I governors:Edwin Ebisui Jr. (chair); Michael Duenas, Guam Fishermen’s Cooperative Association (Guam) (vice chair); John Gourley, Micronesian Environmental Services (CNMI) (vice chair); Dean Sensui, film producer (Hawai’i) (vice chair); Archie Soliai, StarKist (American Samoa) (vice chair); Michael Goto, United Fishing Agency (Hawai’i); Christinna Lutu-Sanchez, commercial fisherman (American Samoa). Designated state officials: Raymond Roberto, CNMI Department of Lands and Natural Resources; Suzanne Case, Hawai`I Department of Land & Natural Resources; Matt Sablan, Guam Department of Agriculture; Henry Sesepasra, American Samoa Department of Marine & Wildlife Resources. Designated federal officials (voting): Michael Tosatto, NMFS Pacific Islands Regional Office. Designated federal officials (non-voting): RADM Vincent B. Atkins, USCG 14th District; Michael Brakke, US Department of State; Brian Peck, USFWS.