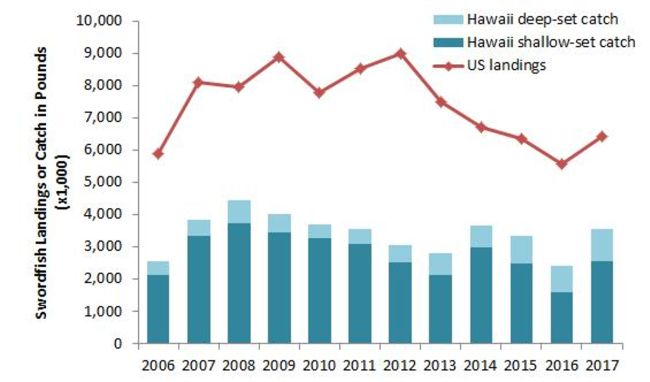 The Western Pacific Regional Fishery Management Council has announced that the Biological Opinion (BiOp) Review Advisory Panel meeting scheduled for April 2 and the 177th Council meeting scheduled to be held April 4 have been postponed. The new date and time for the BiOp Review Advisory Panel is April 12 from 9 a.m. to 11 a.m. Hawaii Standard Time (HST). The agenda is review of the BiOp for the Hawaii-based shallow-set longline fishery for swordfish. The new date for the Council meeting is April 12 from 1 p.m. to 4 p.m. (HST) or noon to 3 p.m. Samoa Standard Time and April 13 from 9 a.m. to noon Chamorro Standard Time. The meeting will be held by teleconference and webinar. The Council will discuss the Draft BiOp for the Hawaii-based shallow-set longline fishery for swordfish as well as management of loggerhead and leatherback sea turtle interactions in that fishery (final action).

.
The Hawaii longline swordfish fishery closed on March 19 after it interacted with the 17th loggerhead turtle for the year. All of the turtles were released alive. The fishery has 100 percent observer coverage, i.e., a federal observer is on every vessel on every trip to monitor protected species interactions. This observer coverage level is extraordinary and an order of magnitude higher than other competing fishing nations. The Western and Central Pacific Fisheries Commission requirement is only 5 percent coverage, which most other nations have not met. The United States also operates with measures to reduce and report bycatch at levels that other fishing nations do not implement.
.
“Closure of this healthy, underutilized fishery is not only an economic loss for the Hawaii fishery but also has no discernible stock conservation benefit for the Pacific,” notes Council Executive Director Kitty M. Simonds. “The catch from the Hawaii fleet will be supplanted by the catch from foreign fleets that have far less monitoring and bycatch mitigation.”
.
The United States was usurped by Taiwan in the late 1990s as the second leading fishing nation to harvest North Pacific swordfish (Japan leads in landings) as US landings declined. The Hawaii fishery accounted for between 55 percent (2017 and 2008) to 34 percent (2012) of the US domestic swordfish landings.
.
Projections of the stock through 2026 along with recommendations by the International Scientific Committee for Tuna and Tuna-like Species in the North Pacific Ocean determined that the stock is not fully utilized and could withstand a significant, yet sustainable increase in harvest. Such an increase in harvest of about 50 percent from recent catches to near maximum sustainable yield would maintain a healthy stock.
. 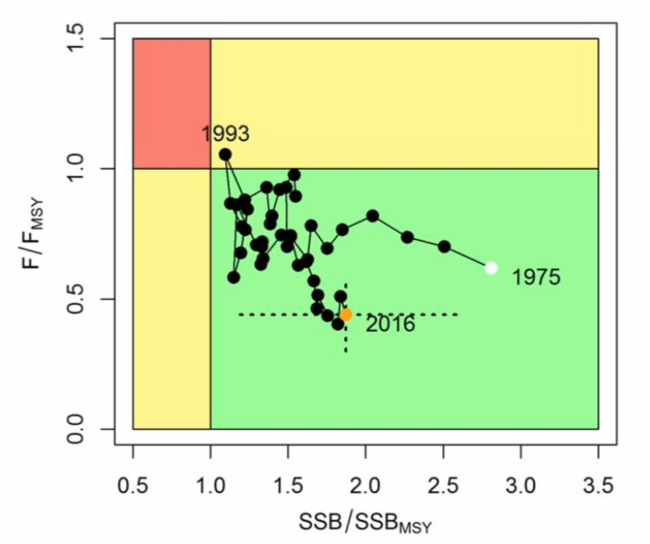