HONOLULU (2 August 2018) The Western Pacific Regional Fishery Management Council is disappointed that America’s seafood consumers may soon be deprived of sustainably harvested domestic marlin products should President Trump sign legislation to prohibit interstate commerce of billfish (not including swordfish) landed in Hawaii, American Samoa, Guam and the Commonwealth of the Northern Mariana Islands. The bill, introduced by U.S. Rep. Darren Soto’s (D-Fla.), passed the House on June 26 and the Senate on July 30 and is now headed to the president.

“It is upsetting, in this era of tackling illegal, unreported and unregulated (IUU) fishing and the $12 billion US seafood trade deficit, that highly monitored US Pacific Island fishing and seafood communities may suffer hardship should this legislation become law,” notes Kitty M. Simonds, executive director of the Western Pacific Regional Fishery Management Council.

Under current law, billfish caught by U.S. vessels that are landed in Hawaii or other U.S. Pacific Islands may be sold to markets on the U.S. mainland. More than 550,000 pounds of American-caught billfish landed in the U.S. Pacific Islands are annually marketed in the continental United States. The billfish is worth approximately $830,000 in 2017 dockside value. When the dockside value is expanded through wholesale and retail markets, the estimated annual value is approximately $2.5 million.

The commercial harvest of Atlantic billfish has been prohibited in the United Sates since 1988 because several Atlantic billfish species are overfished and/or subject to overfishing (e.g., blue marlin, white marlin and East Atlantic sailfish). By contrast, Pacific and Western Pacific billfish populations are not overfished nor subject to overfishing, with the exception of striped marlin, due to international fishing. A Billfish Certificate of Eligibility (COE) is required to accompany billfish to any dealer or processor who subsequently receives or possesses the billfish. The COE documents the vessel, homeport, port of offloading and date of offloading and ensures the fish is not from the Atlantic or foreign fisheries.

Congresswomen Colleen Hanabusa (D-Hawaii), Madeleine Z. Bordallo (D-Guam) and Aumua Amata Coleman Radewagen (R-American Samoa), in an Additional Views statement on H.R. 4528, said the legislation “will negatively impact the livelihoods of fishermen in Hawaii, Guam and the Pacific Insular Areas by closing off the only off-island market for U.S.-caught billfish.” Acknowledging that several Atlantic billfish species are subject to overfishing, the Congresswomen said, “We support needed-conservation efforts in the Atlantic, but do not believe that Pacific fisheries need to be targeted in order to achieve these goals.”

Secretary of Commerce Wilbur Ross, in a June 5, 2018, letter to the Western Pacific Regional Fishery Management Council, said “we believe the legislation would not advance the conservation of billfish significantly, and would block a small amount of sustainably harvested domestic product from entering commerce on the U.S. mainland.”

For more information, go to www.wpcouncil.org/billfish. 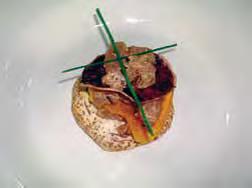 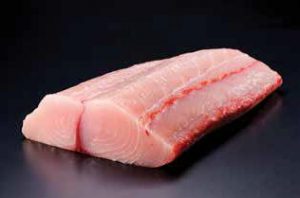