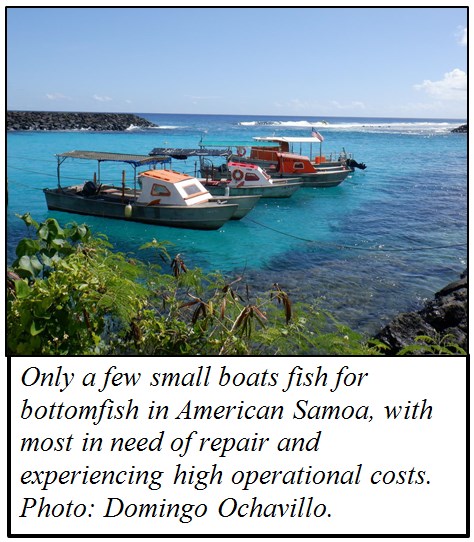 ​HONOLULU (19 October 2021) Today, the Western Pacific Regional Fishery Management Council recommended the National Marine Fisheries Service (NMFS) implement a 5,000-pound annual catch limit (ACL) for the American Samoa bottomfish stock complex. According to a 2019 NMFS assessment, the 11-species bottomfish complex is overfished and the fishery is experiencing overfishing. A 10-year rebuilding plan is required by the Magnuson-Stevens Fishery Conservation and Management Act. Federal waters will be closed to bottomfishing when the ACL is projected to be reached. With 85% of the bottomfish habitat located within territorial waters, it is critical that federal and local fishery management efforts are coordinated.