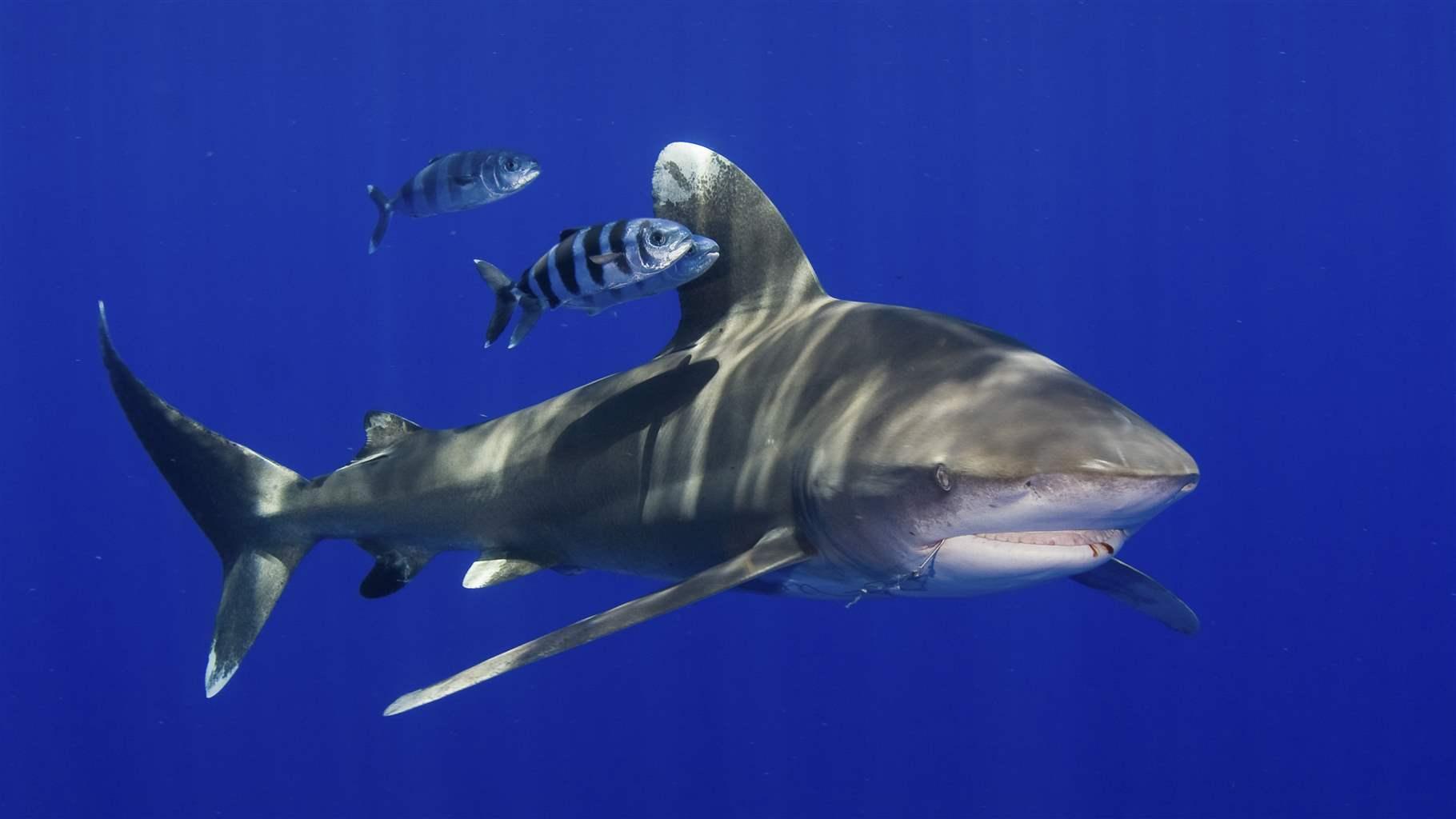 HONOLULU (24 May 2022) An industry-led conservation measure to reduce impacts to oceanic whitetip sharks is the latest example in a long history of bottom-up federal fishery management through the Western Pacific Regional Fishery Management Council.

Starting May 31, 2022, the Hawaii deep-set longline fishery that targets bigeye tuna will be prohibited from using wire leaders, which reduces a shark’s ability to free itself from an accidental hooking by biting through the line. In addition, all longline fisheries operating under the Council’s Pelagic Fishery Ecosystem Plan (FEP) will be required to remove trailing gear from oceanic whitetip sharks before releasing them. Combined, these measures are expected to reduce oceanic whitetip shark catch and mortality by about 30%.

This conservation effort was initiated by the Hawaii Longline Association as a voluntary transition from steel wire leaders to more shark-friendly monofilament nylon leaders. The initiative was announced at the Council’s December 2020 meeting, and received broad support from industry, scientists and conservation groups like The Ocean Foundation and The Pew Charitable Trusts. Through the stakeholder-based process established under the Magnuson-Stevens Act, the Council developed an FEP amendment to make the leader material change a requirement, and finalized its recommendation in June 2021. The Council and the National Marine Fisheries Service (NMFS) developed the rule package, and NMFS issued a proposed rule in January 2022 and final rule in April 2022.

Since the 1990s, the Council has supported industry-led initiatives to solve conservation issues and the United States has set the international standards for bycatch reduction measures for species of concern. Domestic management measures developed by the Council and implemented by NMFS have provided the basis for changes within international fishery management organizations to reduce foreign fisheries impacts on those species. Examples of past success stories include adoption of circle hooks and fish bait (instead of squid bait) to reduce sea turtle interactions in swordfish-targeting longline fisheries, and seabird bycatch mitigation measures such as branch line weighting and side-setting in all longline fisheries.

The latest shark conservation measure is intended to supplement existing measures that apply to U.S. longline fisheries. Currently, the fleet impacts only about 5% of the catch in all fisheries operating in the Western and Central Pacific Ocean (WCPO). Oceanic whitetip sharks were listed as threatened under the Endangered Species Act in 2018, and are subject to overfishing and are overfished in the WCPO, primarily due to foreign fishing.

Much of the conservation concern about oceanic whitetip sharks surrounds the practice of “finning,” or the harvest of just the shark fins, with the rest of the animal typically discarded at sea. However, in U.S. fisheries, state and federal regulations have prohibited this since the early 2000s. Combined with the domestic implementation of international measures that prohibit retaining certain shark species, all oceanic whitetip sharks incidentally caught in the Hawaii and other U.S. longline fisheries are released. The majority are released alive and expected to survive the interaction.

According to a recent study, the WCPO oceanic whitetip shark population is expected to rebound if catch by international fisheries are reduced by just 10% from most recent levels. Recognizing the low impact of U.S. fisheries on the stock, the Council in March 2021 recommended international measures needed to address the stock status. This includes reducing wire leader usage across international longline fisheries operating throughout the Western Pacific. The domestic measures being implemented next week will help position the United States to take the lead in strengthening existing international conservation and management measures.