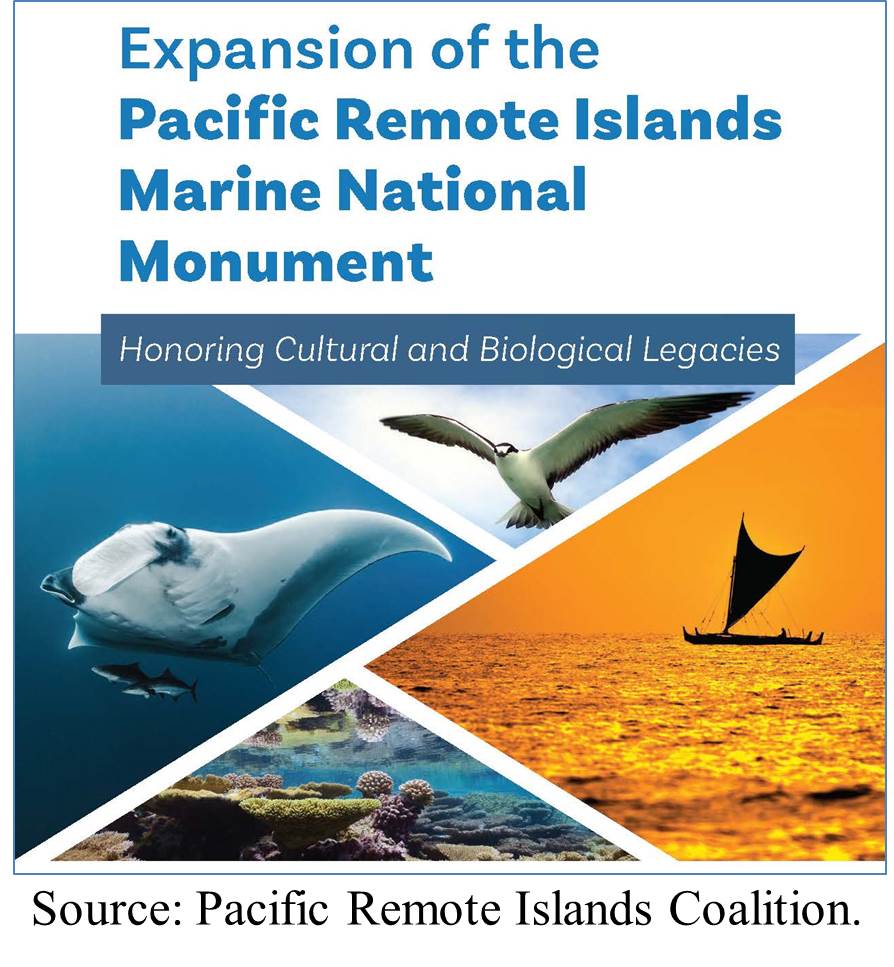 HONOLULU (14 September 2022) The Council’s Scientific and Statistical Committee heard a presentation by Bob Richmond, University of Hawai‘i professor and coauthor on the proposal to expand the Pacific Remote Islands Marine National Monument, on the scientific merits of the proposed expansion. The SSC members noted in their discussion the overwhelming lack of data to support theorized benefits and an analytical framework to assemble data in the proposal evaluation.

“The SSC promotes developing marine protected areas based on scientific evidence,” said SSC member David Itano. “It is important to understand the biology and fish stock dynamics, as well as how they interact with fisheries. If we are going to preserve U.S. fisheries that are accepted as the world’s best-managed, we have to stop taking away their garden.” Another SSC member said tropical tuna stocks that inhabit proposed expansion waters are not considered overfished nor experiencing overfishing based on internationally accepted best available science and that U.S. fisheries constitute a small portion of total fishing pressure.

SSC members raised several concerns including that data streams from human activities (such as fishing) that would be used for monitoring ecosystem health would cease to exist with the formation of more closed areas.

The SSC asserted that indigenous cultural and environmental justice issues were not taken into account. “Our actions are part of the ecosystem, therefore we are the stewards,” said SSC member Jason Biggs from Guam, noting natives never remove themselves completely from an area they manage. Domingo Ochavillo from American Samoa pointed out the disproportionate impact the monument expansion would have on the territory’s economy, which is dependent on fish delivered to the StarKist cannery. Purse seine vessels that fish in the potentially closed areas would then fish in the area of the Inter-American Tropical Tuna Commission and offload in Ecuador.

The SSC also discussed alternatives for fishing regulations in the Northwestern Hawaiian Islands, forming a working group to discuss the definition of “subsistence fishing.” The group developed several variations with or without customary exchange and cost recovery and will provide options for the Council’s consideration at its meeting next week.